I was super excited to see an email from J.Crew announcing new arrivals for Spring. But…I’m not a huge fan of many of them. A few things caught my eye. One, they certainly caught on that the new trend is casual statement tees, especially in French, as they decided to release a bunch of them all with different sayings. Some combos seemed a bit random — i.e. Ca Va on a baseball tee? Odd. 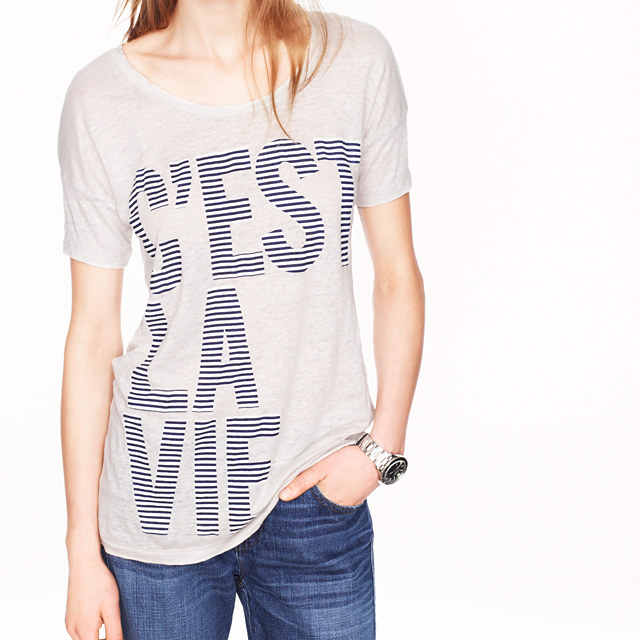 J.Crew Amour Tee (reminds me of the Merci tee..) 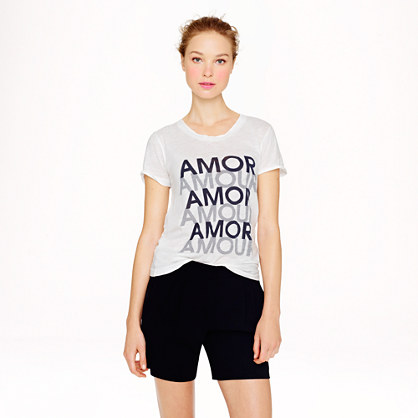 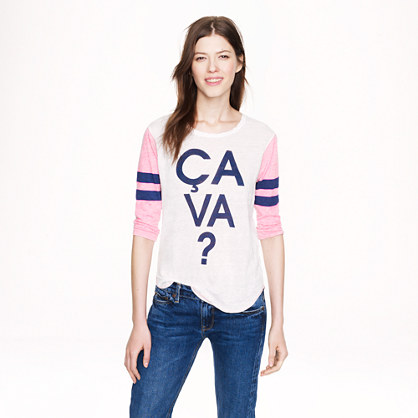 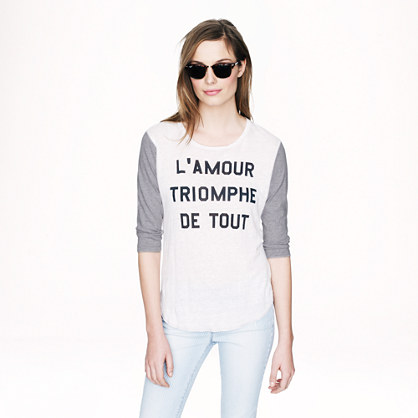 They also noticed the Double Crepe Fluted Skirt was extremely popular and added on two new colors — dark green and neon yellow. Why those two? I have no idea. I would’ve maybe chosen a burgundy or pale pink. Mmm, those would be pretty. 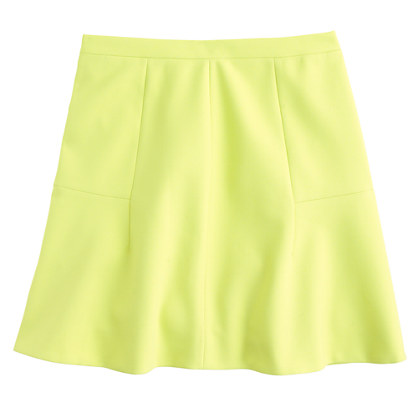 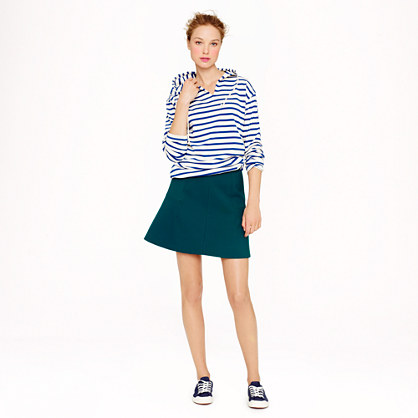 Interestingly enough, J.Crew also came out with their own version of the Madewell Transport Tote in English Saddle, calling it the Downing Tote. Since they’re basically the same company, I wonder if it’s the same leather and color? Sure looks like it. Some design differences I guess, but nothing significant. Also both are the same price. Also available in Deep Navy and Dusty Cobblestone (off-white). 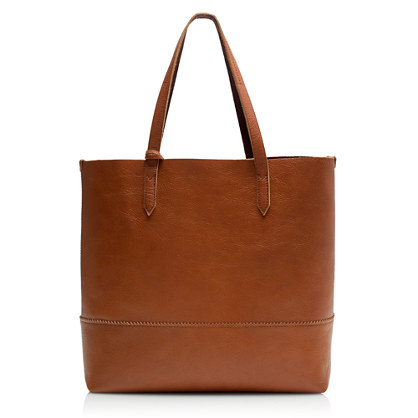 Also, it seems following their great success with the Claremont Purse, they’ve now released the Claremont Mini Purse. Have to admit, it is pretty cute. But where is the gorgeous red color? It’s available in Black, Natural, and Sunbaked Orange. 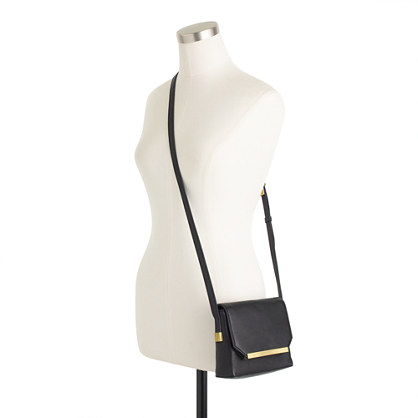 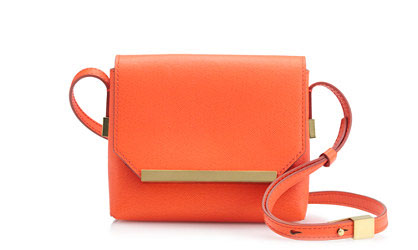 These days, brands and designers are taking the previously quasi-tacky and somewhat childish look of monograms and crafting them into designs that are so chic and posh. Better yet, it’s unique to you. From household decor to jewelry to clothes, monograms are popping up everywhere and I’m loving it. Check out some of my favorites. 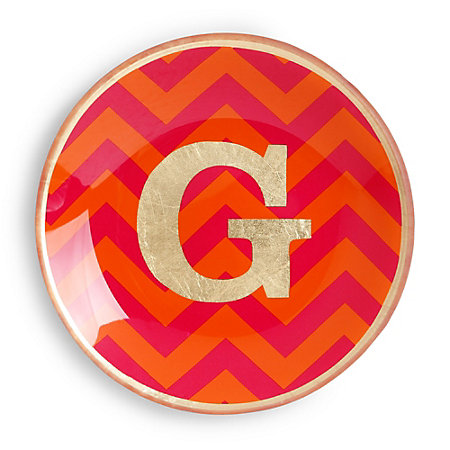 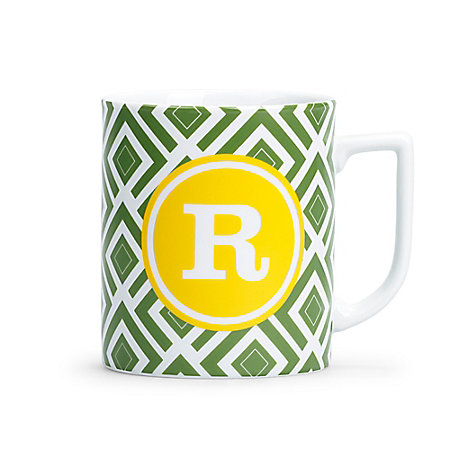 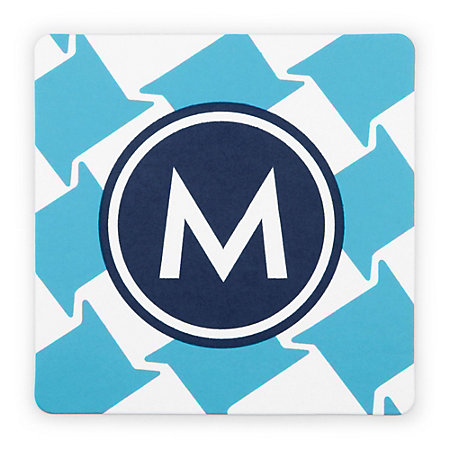 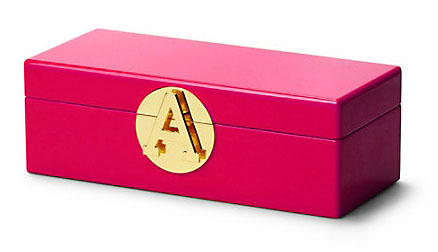 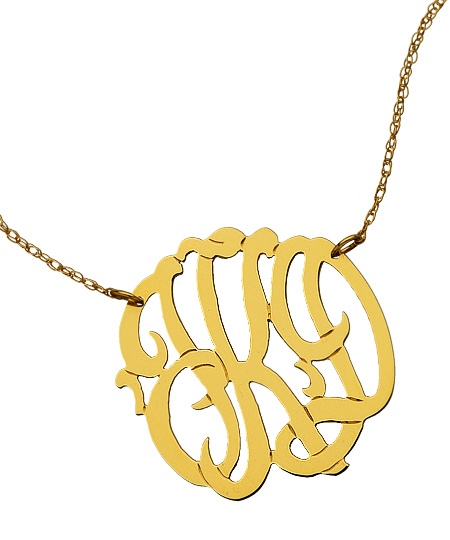 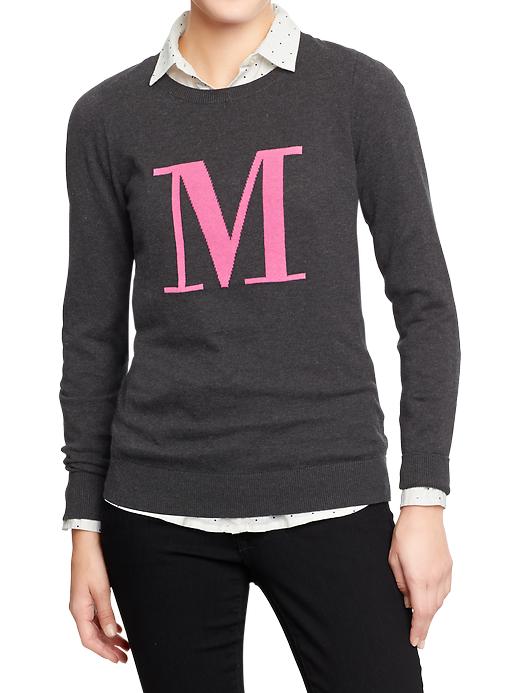 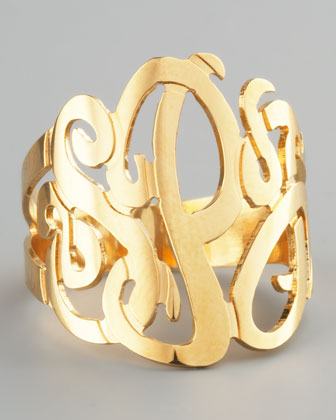 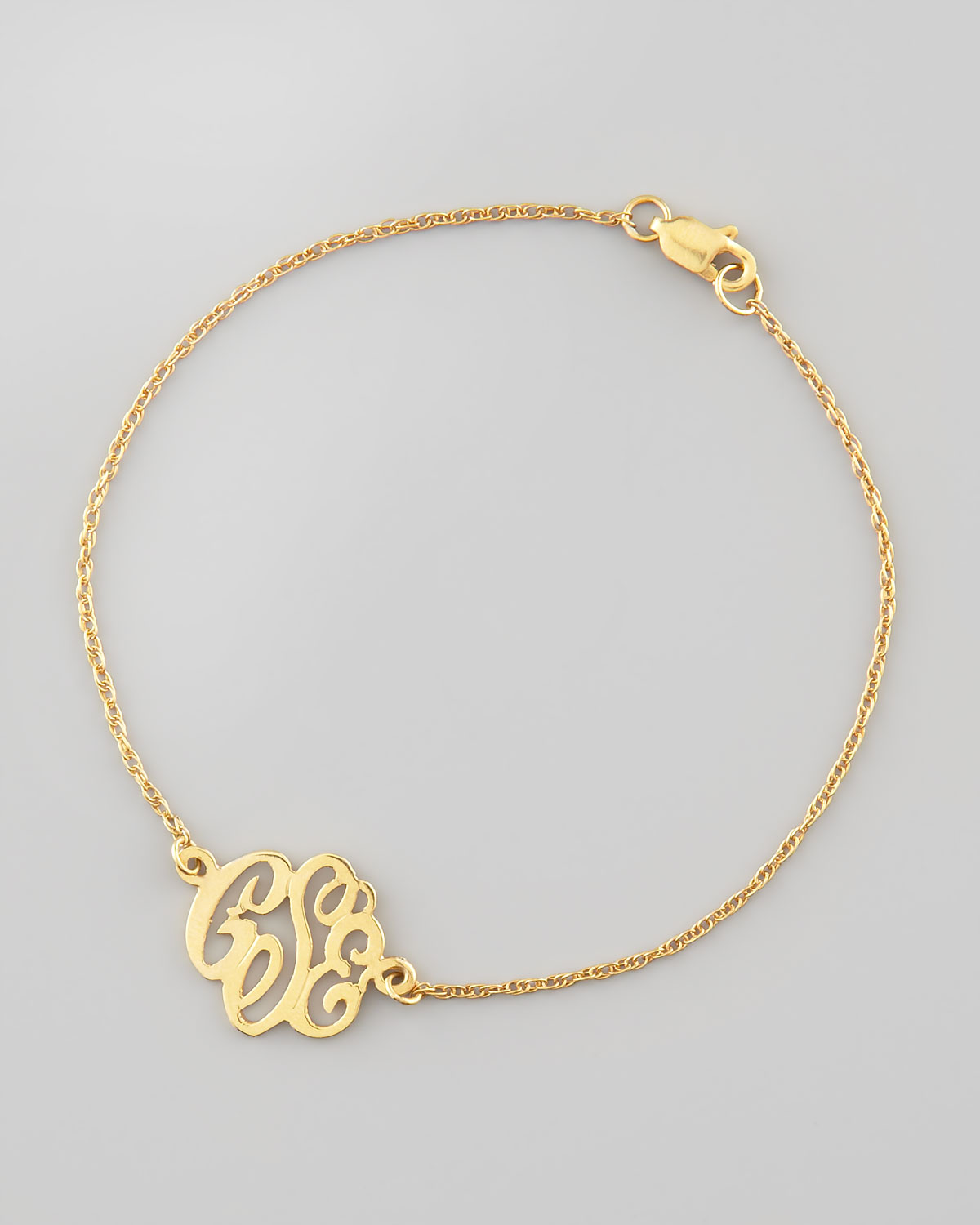 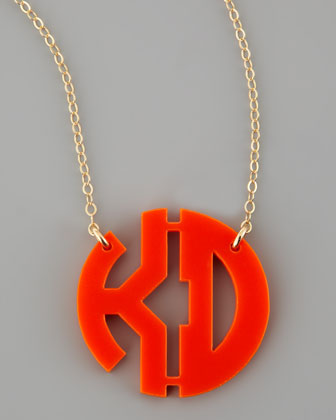 I’m in love with the J.Crew Sequin Etta Pumps — particularly in Gold. 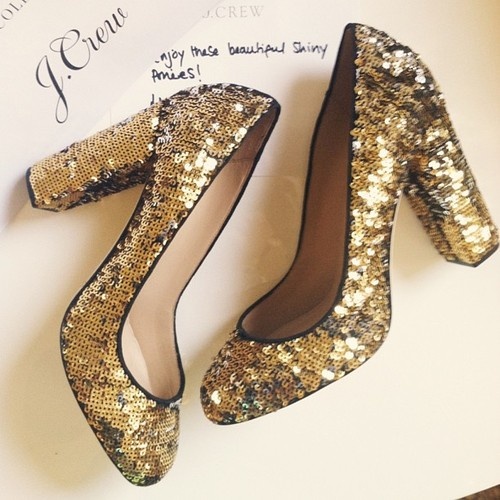 While these J.Crew Etta Pumps may not be the most comfortable heel ever, they are gorgeous and just the right amount of masculinity and femininity given the pretty fabrics and sparkles alongside the chunky heel. 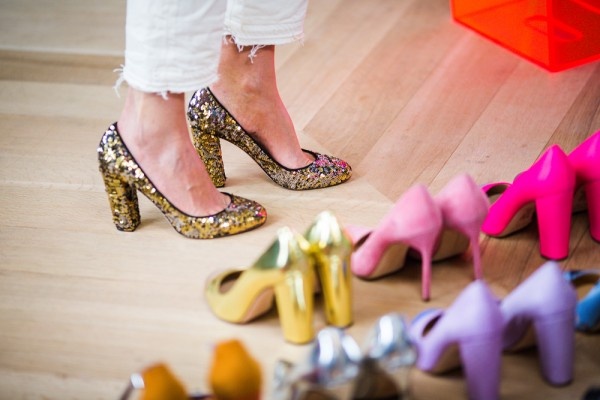 I mean, look at that! They are just stunning. I love them so much I had a visceral reaction to seeing them the first time (and pretty much every time). You can pair with just about the most boring, simple outfit like a white tee & jeans, then slip these on and bam! Insta-gorgeous, instant polish. Also, to be fair, given the chunky heel, these are much more comfortable than your standard heel and actually do-able for short distance walking. With that in mind, I’ve been on the hunt for these in Gold forever. Finally spotted my size on Ebay and just pulled the trigger. Stay tuned for some real life glam shots coming soon! In the mean time, check out these other colors that are still available on J.Crew! And at extra 40% off….mmm mmm! 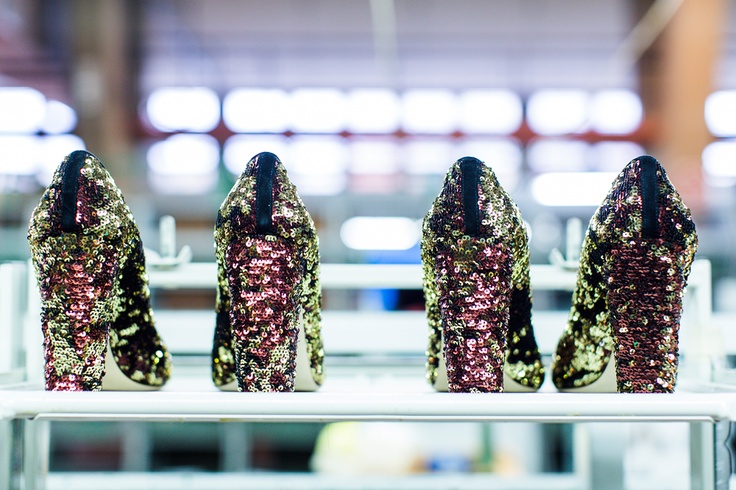 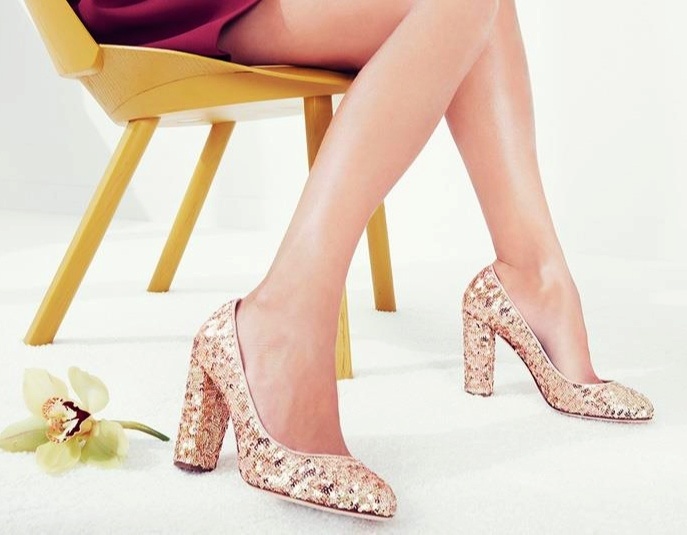 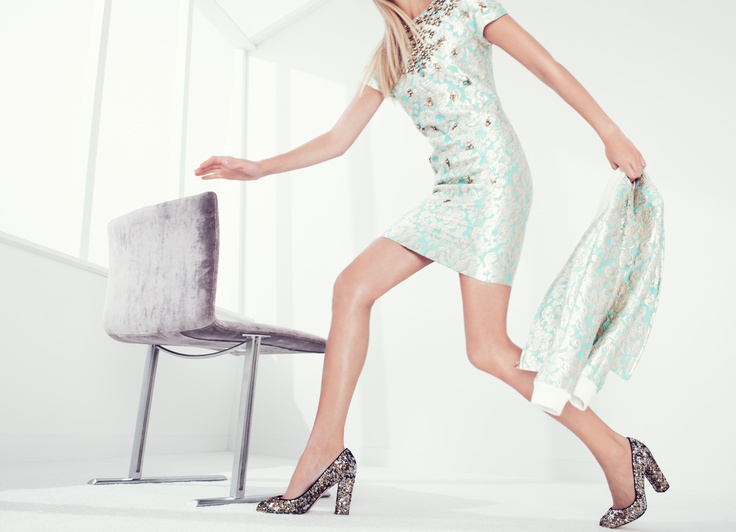 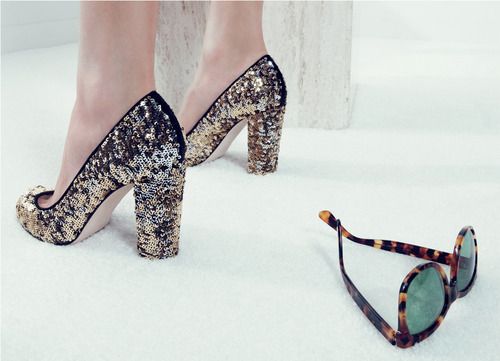